The Howgill Fells lie between The Lake District and the Yorkshire Dales - roughly in between a triangle formed by the towns of Sedbergh, Kirkby Stephen and Tebay. To the west the fells are bounded by the M6 motorway - giving dramatic views on the reach to Tebay. Celebrated fellwalker A Wainwright described the Howgills as looking like a herd of sleeping elephants - publishing his book 'Walks on the Howgill Fells' in 1972. Journeying up to Appleby-in-Westmorland the following paintings were developed from studies done on the same, predominantly warm, summers day. 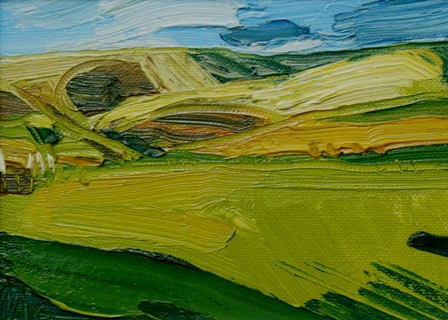 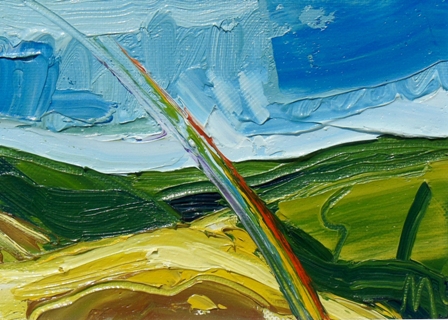 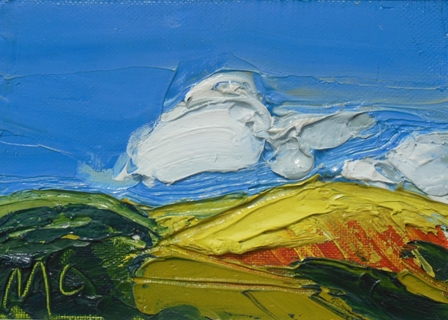 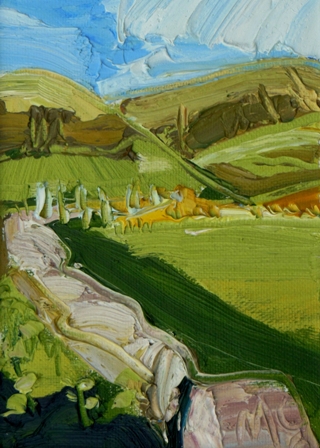 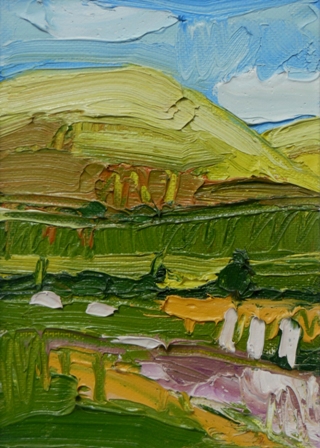 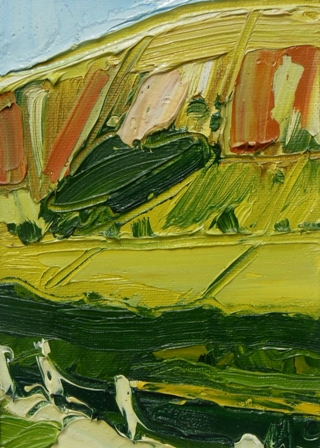 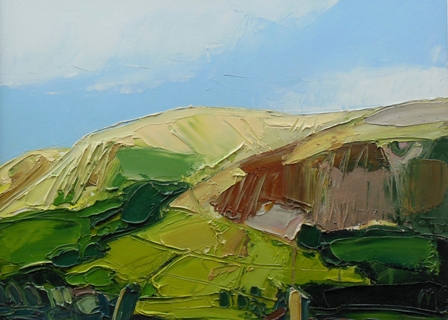 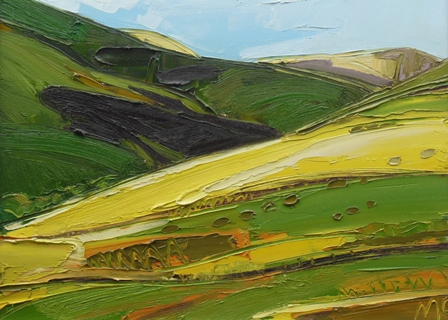 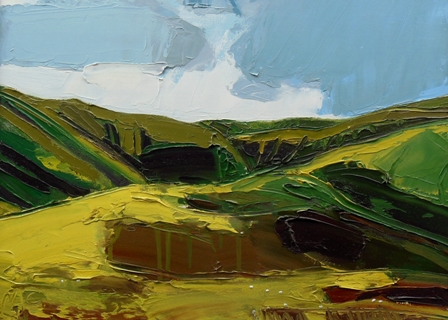 Wandering Sheep over Will Fells 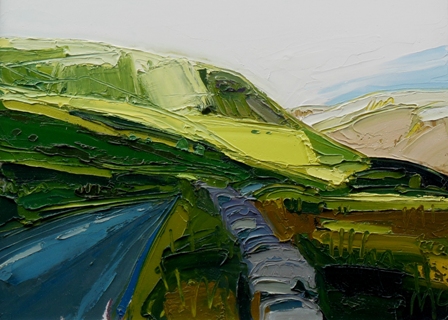 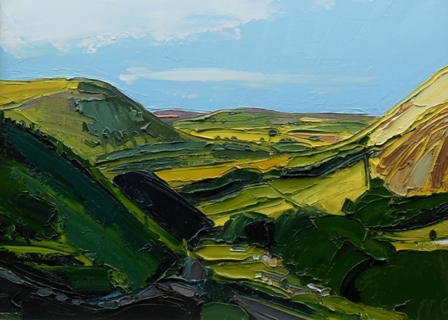